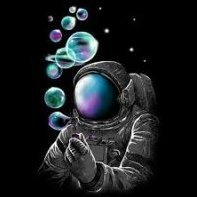 What type of spren is Timbre?

Until now, I've just assumed that Timbre is a starspren. But is it really the case?

3 answers to this question