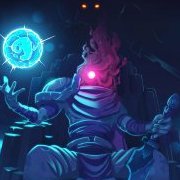 Do you think it's possible for Adolin to bring Mayalaran back from the dead?

94 posts in this topic