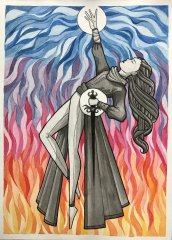 Which Mistborn Character Are You?

48 posts in this topic