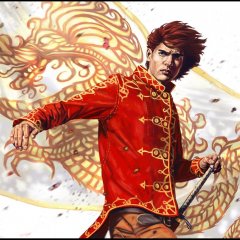 Game of Thrones (Spoilers for the latest episodes)

88 posts in this topic