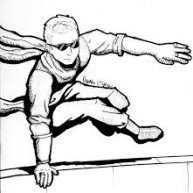 The Tournament of Light (closed)

81 posts in this topic