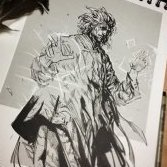 What Can AonDor Actually Do?