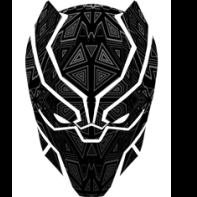 Have we gotten any clue on what Brandon's Secret Project is yet? The most I've heard about it is that it isn't Dark One.

6 answers to this question