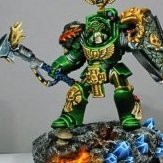 Need a piece to be torn apart