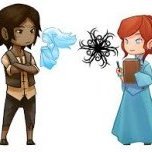 [OB] Its the Little Things