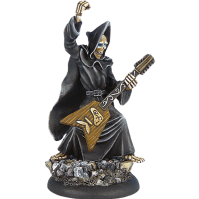 [OB Spoilers] Is Voidbinding just a form of fabrial science?

53 posts in this topic