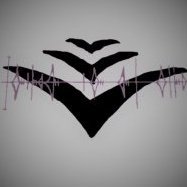 I’m new to the forum, but I was curious if there is WoB on any connection between Dalinar as Unity and Shu-Keseg (by extension Shu-Korath and Shu-Dereth as well). Elantris mentions how Shu-Keseg preached unity, and the Korathi and Derethi preached unity in love and obedience, separately. Dalinar claims to be Unity after opening Honor’s Perpendicularlarity in Thaylen City, but most interesting is Odium’s response:

“No!” Odium screamed. He stepped forward. “No, we killed you. WE KILLED YOU!”

Does he refer to Adonalsium, Honor, or Devotion and Dominion?

Some theories state that Dalinar is becoming Honor but his intent is Unity, still related to bonds. Others state Dalinar will become Adonalsium and unite the Shards. I personally like the idea that Dalinar swore three oaths, the 3rd, 4th, and 5th:

“Journey before destination,” Dalinar said. “It cannot be a journey if it doesn’t have a beginning.”A thunderclap sounded in his mind. Suddenly, awareness poured back into him. The Stormfather, distant, feeling frightened—but also surprised.Dalinar?“I will take responsibility for what I have done,” Dalinar whispered. “If I must fall, I will rise each time a better man.”

I added bolding where I believe the paths are. “I am Unity” sounds like the fifth ideal, and when I originally read it, I thought both of the previous two sounded like oaths and couldn’t decide which was.

Dalinar may also be Unity as a shard in the future, or take up multiple shards, or an innumerable amount of other possiblities, but I can’t shake the feeling the calls to ‘Unite them’ and Unity are related to Sel, and likely Dominion and Devotion in some way.

Sorry about the long winded post, but hope this is good discussion fodder. Once again, if there is WoB on this that would be good to know.

This topic is now closed to further replies.
Sign in to follow this
Followers 0
Go To Question Listing Cosmere Q&A
×