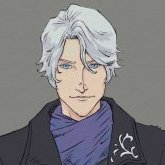 Just as the title says. I read in WoB that each of the Shards coincide with a number. Theories are accepted here so they don’t need to be concrete.

Any other numbers for the other known Shards?

15 answers to this question

This topic is now closed to further replies.
Sign in to follow this
Followers 1
Go To Question Listing Cosmere Q&A
×