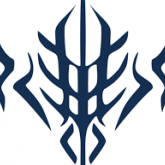 I was just wondering how the power of Fullborns would scale with regards to Heralds.

In particular, how would Kelsier or Spook (who are similarly powerful) match up against a Herald? Assume that both Fullborns have access to all 16 Metals (in unlimited quantities), but no God Metals, and that Herald has access to unlimited Stormlight and is one with offensive capabilities.

Furthermore, how would The Lord Ruler have matched up against a Herald? All 10 Heralds?

43 answers to this question

This topic is now closed to further replies.
Sign in to follow this
Followers 4
Go To Question Listing Cosmere Q&A
×