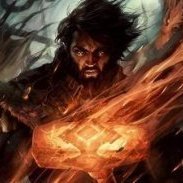 What are some of your favorite scenes in the WOT?