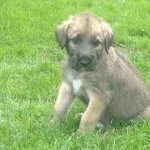 The 10 Heralds, the Desolations, and the 10 Fools (or my 3rd Crazy Theory)