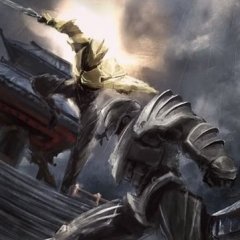 Kell here. I'm obviously running out of ideas…  Finally reading the Alloy of Law again will definitely help. I'd normally do some weird Feruchemic theory right now but I don't feel like it. Maybe in five minutes.

Anyways, forgive my ignorance but when Adonalsium reigned supreme, were there any other gods? Take Trell for example. Did he exist, or were there others? Did Raidri-- oh nevermind. Ausar and his bro Galath

Ising the I of being STORMING CURIOUS!

6 answers to this question

This topic is now closed to further replies.
Sign in to follow this
Followers 3
Go To Question Listing Cosmere Q&A
×