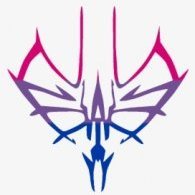 Started by Why Kaladin?, July 19

Dalinar Vs Szeth Who Would Win?   20 members have voted