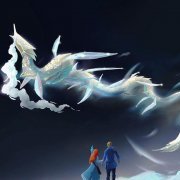 If someone died heroically, was made into a Lifeless immediately, and then Returned... what would happen? Is this possible?