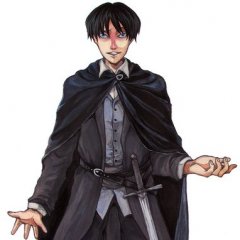 Mistborn vs Jedi   29 members have voted