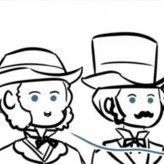 Is the cognitive realm made out of atoms?

Started by Procrastination Shard, May 23