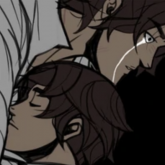 my sister hates on oathbringer (kinda)

Started by kaladin x happiness, May 20