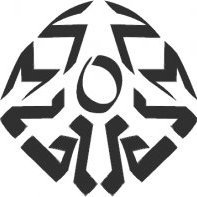 The social effects of an inverse-inheritance genetic magic system