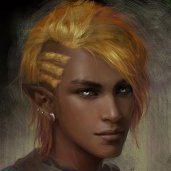 What Twinborn would you be?

66 posts in this topic