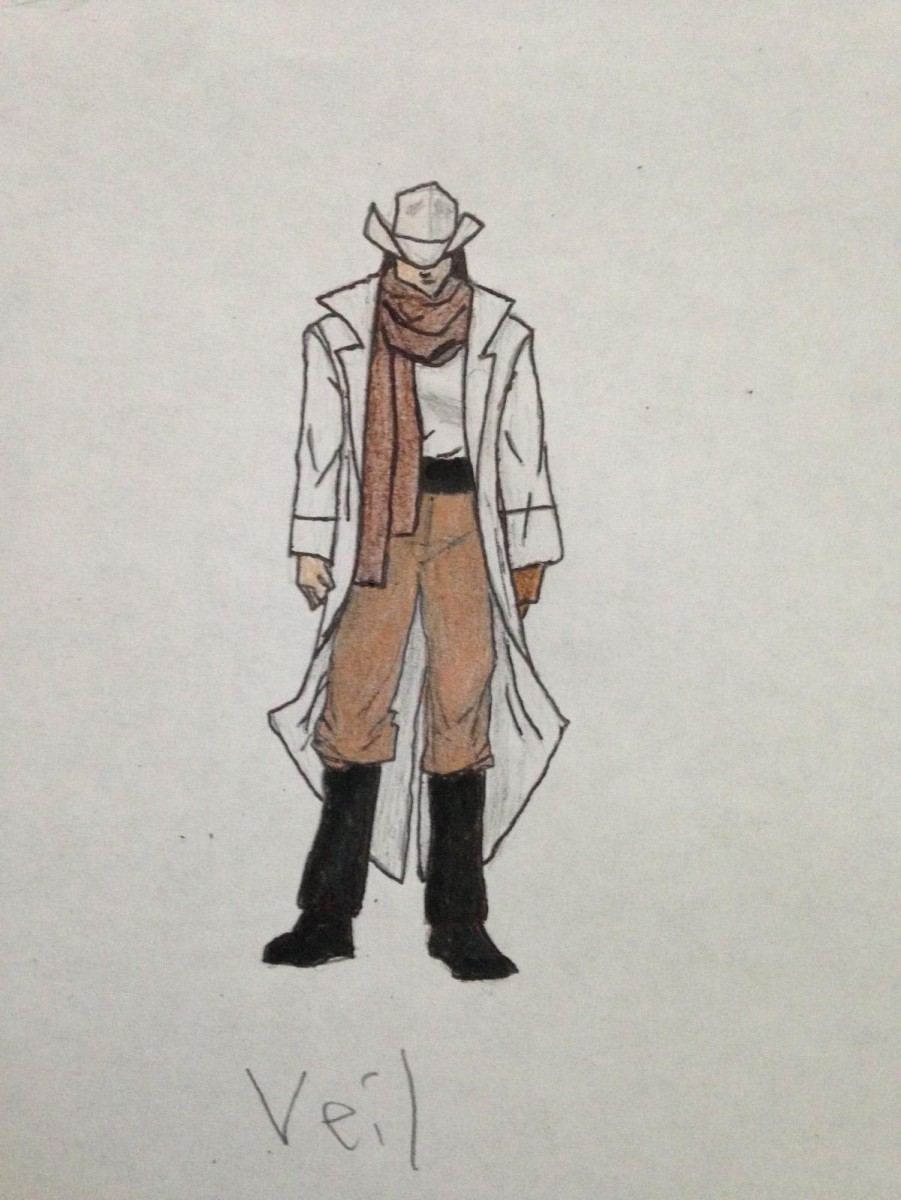 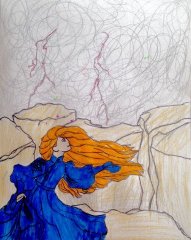 I wanted a color version of Veil's outfit. I spent a few hours looking back to every mention of her costume during Shallan's chapters, and looking for the color of Kaladin's boots (which Shallan obviously used for it.). In all, here it is.

The hat is white, probably made of some kind of canvas to keep it's shape and resist being ruined by rains.

The coat is also white. The best I can guess is that it is a fabric unknown to earth, since it's STILL white after being worn by Tyn in the dust and by Shallan around a warcamp.

The belt is known to be black leather.

The boots are (formerly shiney) black leather as well. They're Kaladin's.

The trousers are light brown.

The shirt is white.

The scarf is a costume piece only shown in the drawing, so I assumed it would be a dark brown.

The safeglove, while mentioned several times, is never really given a color. But based on other glove choices by Shallan I choose tan.

© Not mine. I just colored and traced based on existing works.
4
Sign in to follow this
Followers 1