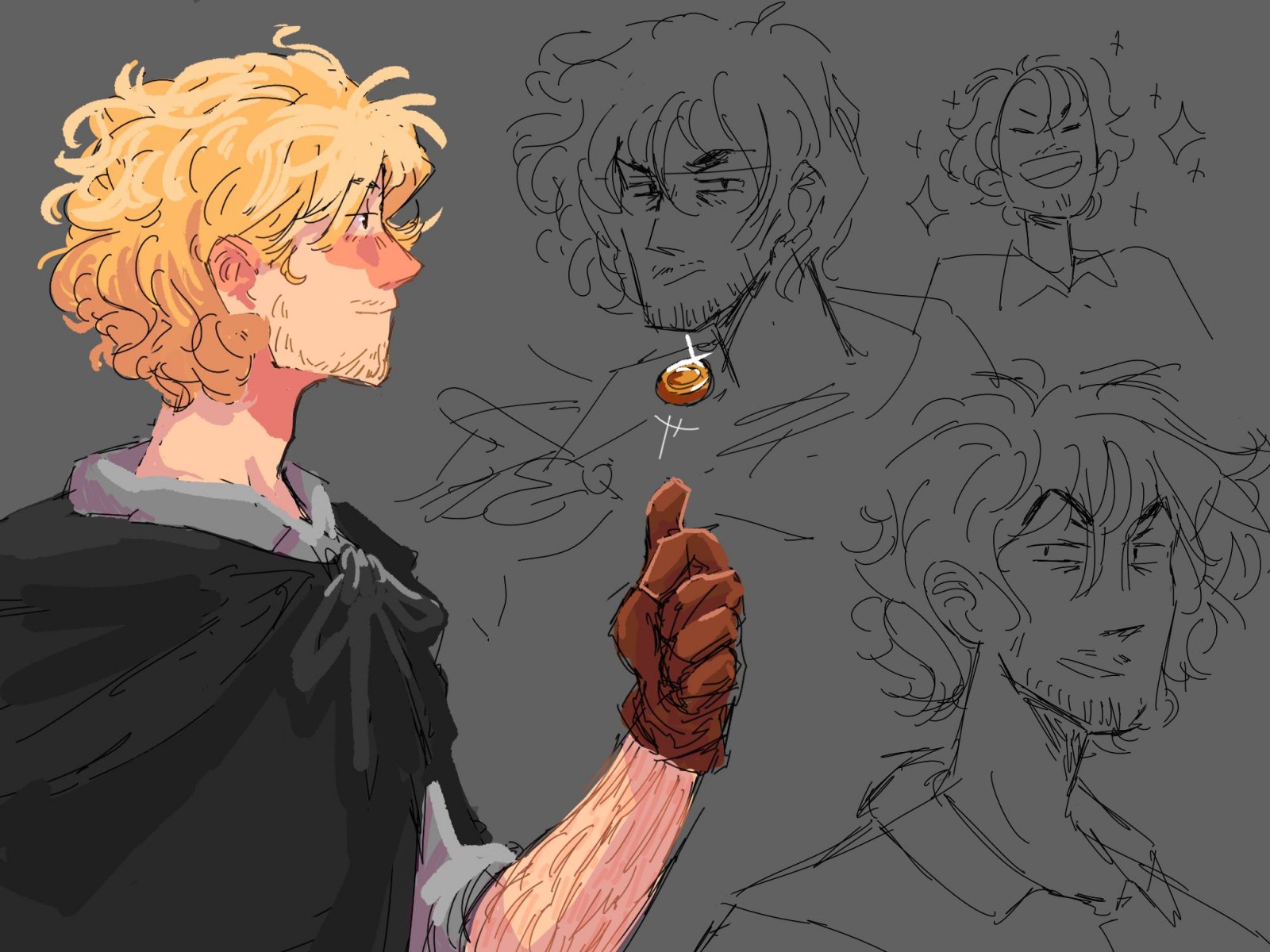 Other images in Mistborn Fanworks

doodles of kelsier, done in the dark of night,

anyway, I felt like drawing him, partly because I found some music with kelsier/mistborn vibes (in my opinion), also cause he's pretty cool and I've been meaning to get around to drawing mistborn stuff anyway.