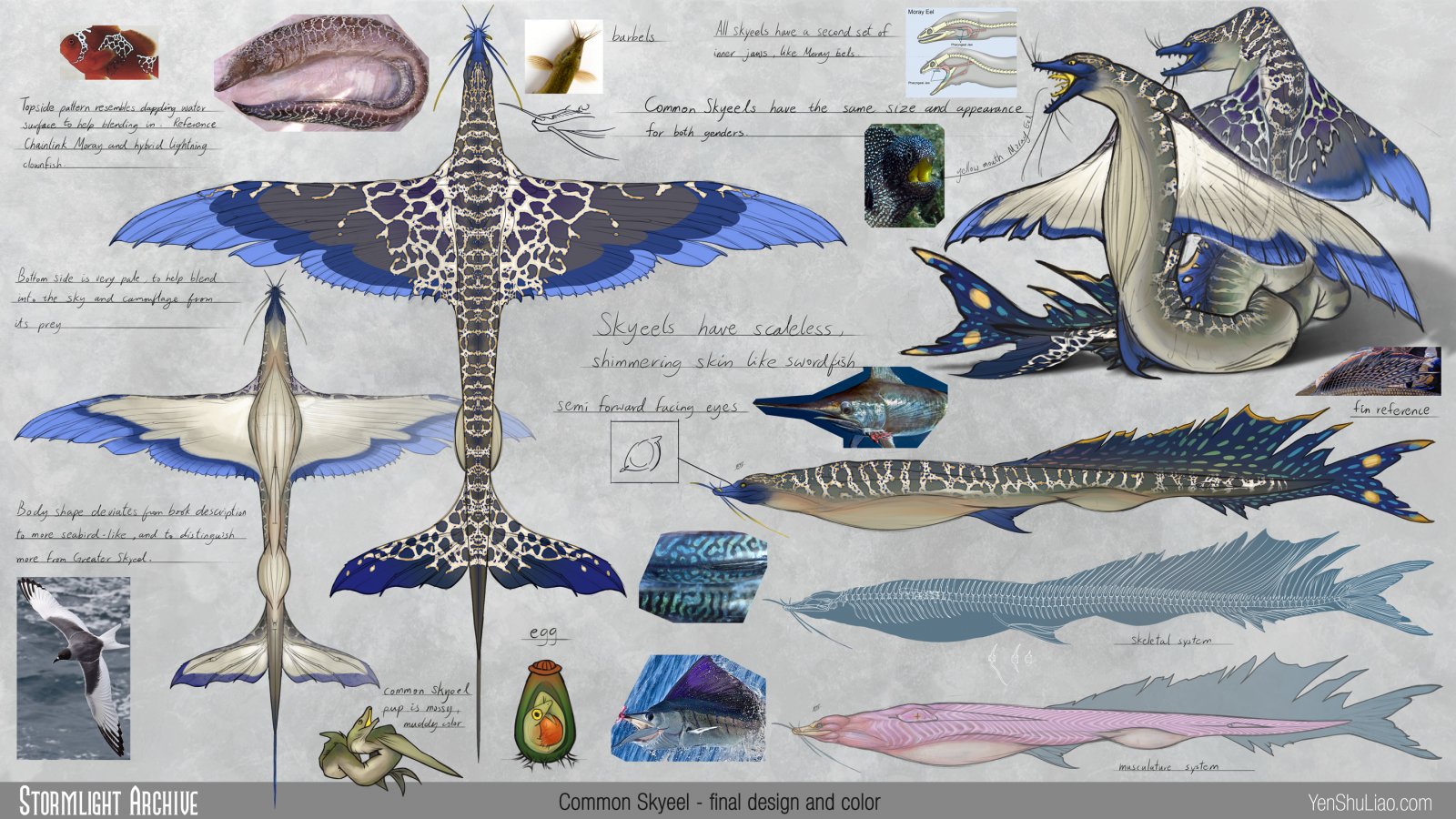 Other images in Natural History of Roshar 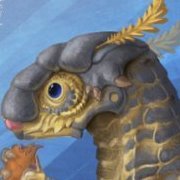 This is the skyeel from Roshar, with much artistic licenses added because I was having too much fun visualizing them! It started out as just skyeel, which I decided to expanded into three species to have some more species diversity, and a more natural feeling when populating the world, like a city park would have pigeons, sparrows and starlings. Besides the Common Skyeel, there is the Greater Skyeel, and Lesser Skyeel, because I am great at naming things like that.

The Common Skyeel has a difficult balance to strike – it needs to not compete in coolness with the Greater Skyeel, which is set at boss level, but also not as drab and blending-in as the Lesser Skyeel despite it being the most … well, commonly seen around by people! Like a seagull, but cooler, but not too cool. For that reason Common Skyeel remains the only design that has the same color, pattern, and size between female and male. It is also the last of the three I designed, but somehow ended up being the standard to which I adjust the other two Skyeel designs to make the Greater fittingly boss-like, and the Lesser accordingly humble.

That seemingly little egg there took me a while to settle on! So I must ramble about it here. Skyeel is a fish, that flies in air, taking up the same niche as birds do on Earth. So does it still lay eggs? What shape and surface if they're exposed to the elements? How does the baby break out? Does skyeel birth live pups like some sharks do? What is the morphology - the baby looks exactly like adult but miniature (sail fish), baby looks partially like adult (birds), or a complete metamorphosis (tadpole/frog)? When everything is possible, it's impossible to just settle on one. But I had to, so I did, otherwise my life cannot go on...

There are a total of 6 pages, and I'm posting them here in set of 3 so as to not spam so much. If they're small or blurry, you can see bigger resolution on my Artstation