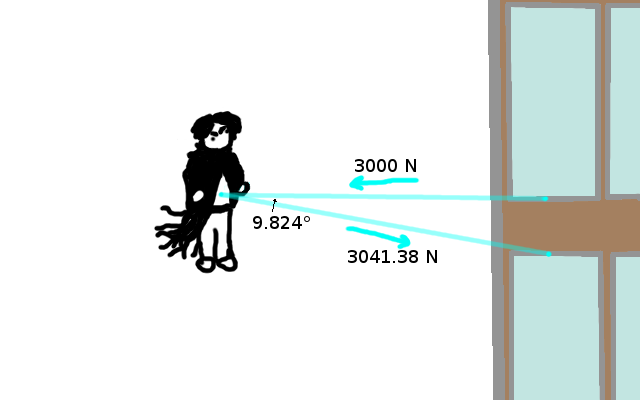 Other images in Mistborn Art

How to hover without an anchor below you.

Skilled mistborn can hover in midair given multiple firmly anchored target points. If the mistborn is hovering next to a building, pushing and pulling on metal beams, the forces look like the above. The numbers in the image are chosen so that the counterforces from pushing and pulling add to 500 N pointed upwards, which is just enough to make a 50kg allomancer hover in the air. And because the two counterforces apply to the same point on the allomancer, she doesn't need to worry about rotation.