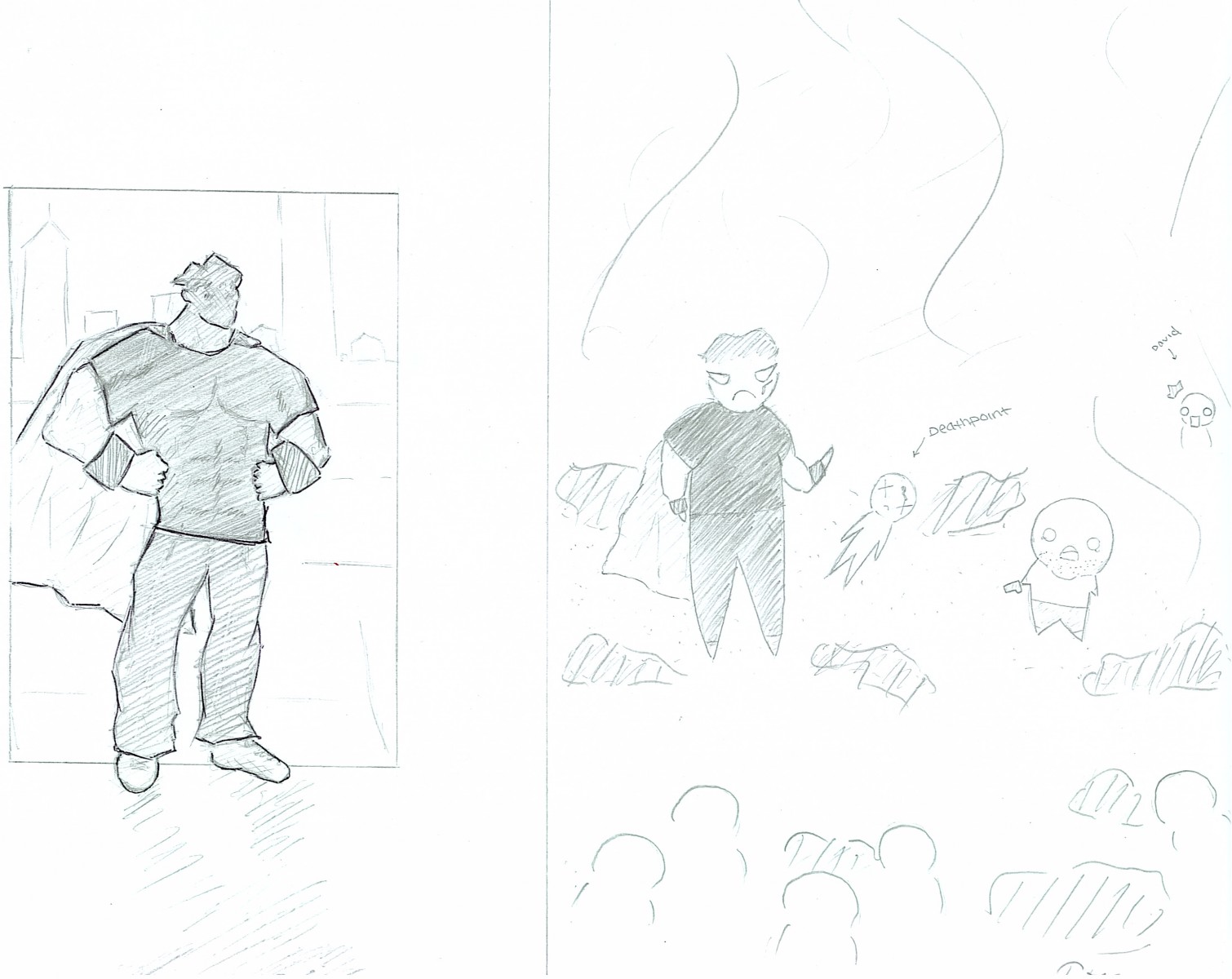 Other images in Reckoners Art

I can't say I'm much of an artist, but for the books I'm willing to try. I had originally wanted to make a little comic but the scenes I liked best were too far apart, so I just drew Steelheart coming in so you somewhat saw my image of him, and this scene: "In the settling smoke and dust, the two figures stood before each other—one a massive, regal Epic, the other a small homeless man with a silly T- shirt and worn jeans."

I do have to say that I can't draw guys, so I just shaded Steelheart's face out (he was back lit anyways). He was described as "herculean," and to satisfy my amusement, I just had to add Hercules-like hair and the bracers. As for the other scene, I found it a little humorous. I was secretly hoping the father was being underestimated, like Vin (from Mistborn) would be, but since it was the prologue, I highly doubted it.