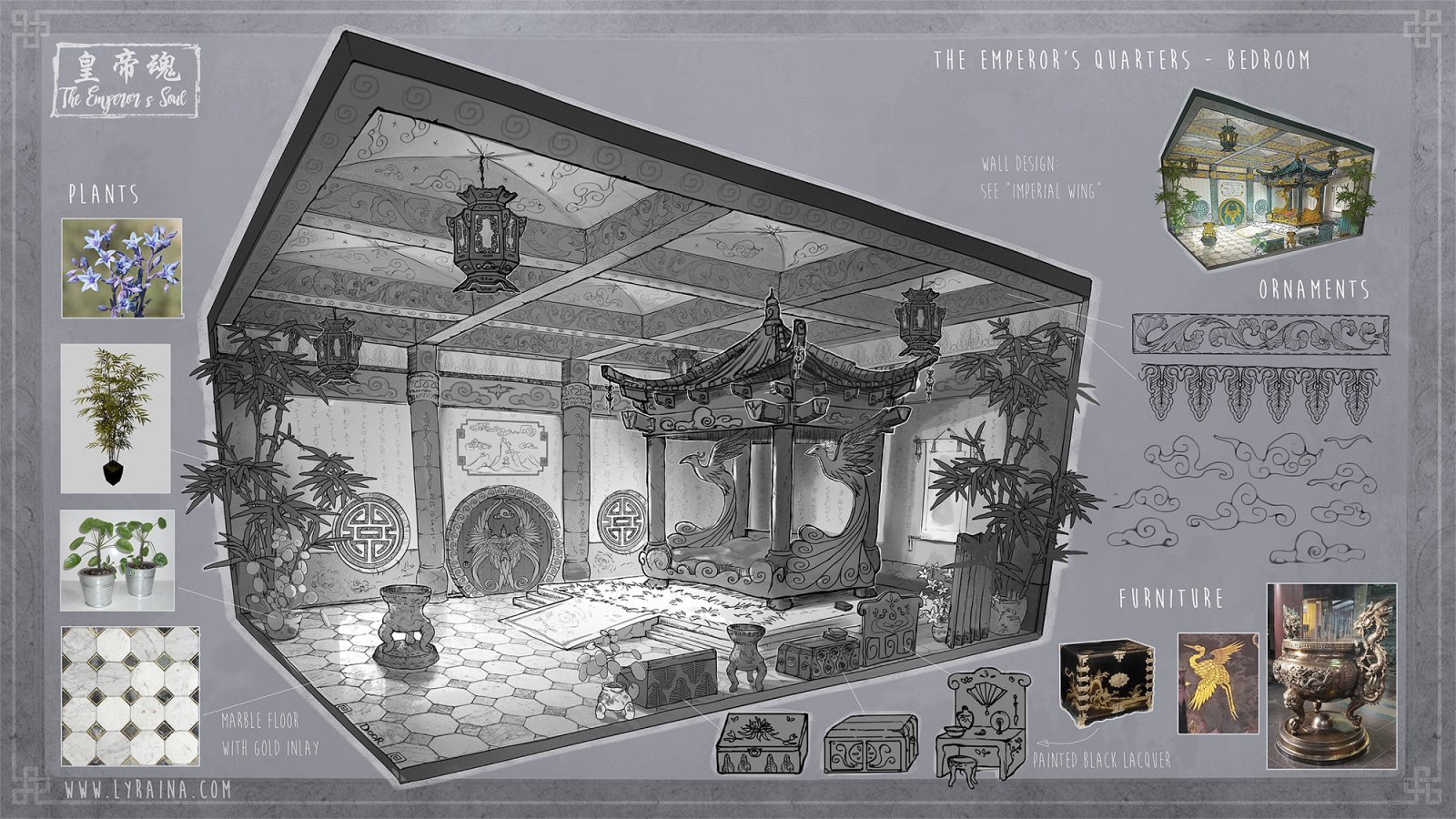 Other images in The Emperor's Soul - Visual Development

Emperor Ashravan's bedchamber. I run with the "phoenix rising toward heaven" theme described in the book (for his bed), and tried to implement it in other parts of the room as well. Or maybe I was just glad for an excuse to draw some of those lovely swirly clouds on the ceiling...!

The door in the middle actually leads to the outside, maybe a private garden (which I never got to illustrate though). The actual entrance is located at the front/bottom corner.

I also figured that if I were an Empress or Emperor, I'd definitely want some plants in my chambers as well!