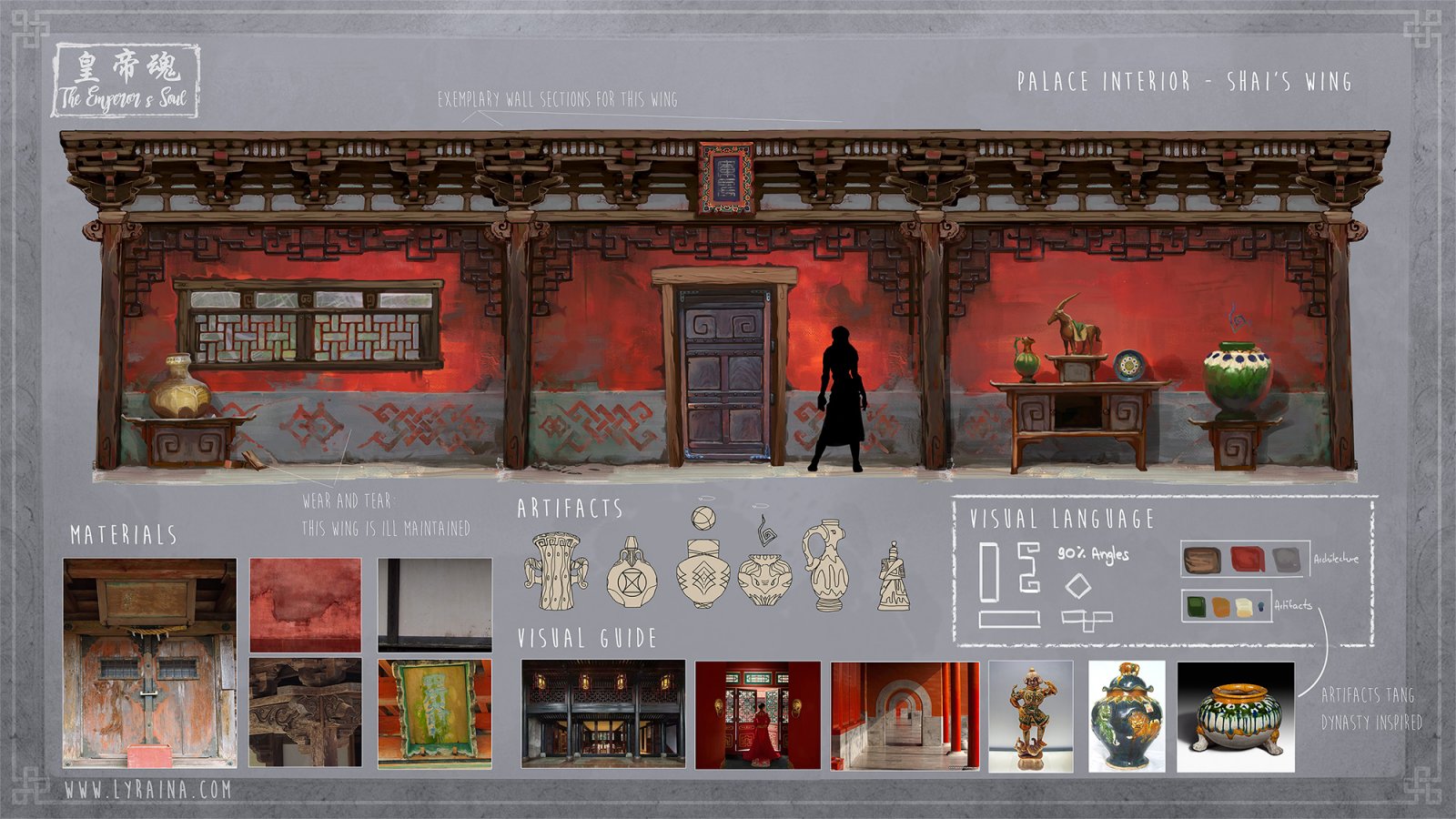 Other images in The Emperor's Soul - Visual Development

Outside of Shai's room - she is located in one of the less well maintained wings of the palace, but I still wanted it to show its former glory.