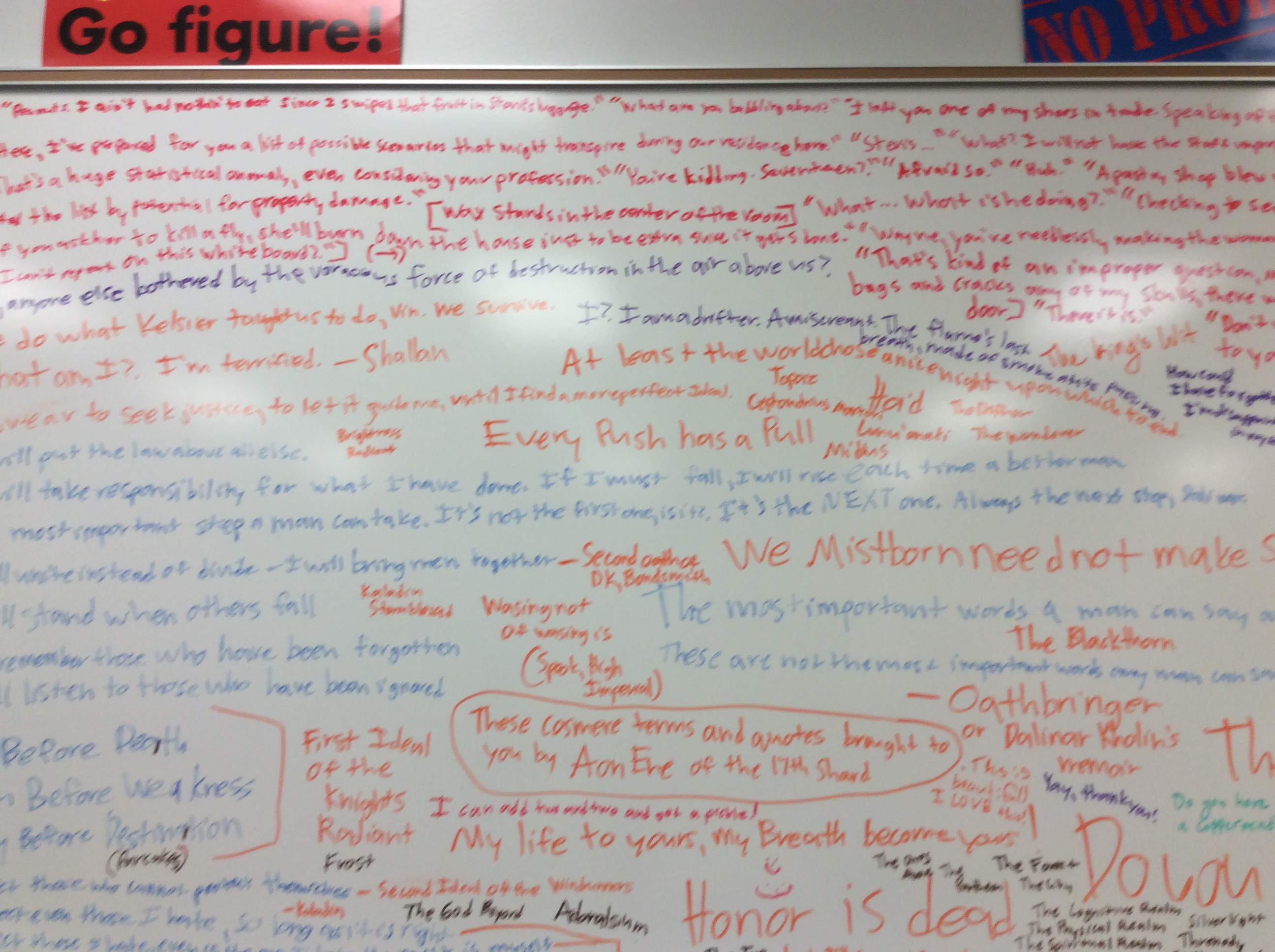 On this blog I’ll write random stuff I want to talk about, probably, and maybe some in-depth stuff about roleplays or characters because I like talking about that stuff.

Entries in this blog

This is going here because I needed a poll but don’t know if the entire Shard would care about this if I put it in a thread because it’s so small. Anyway, quiz about writers! It’s really weird but I laughed, so. Enjoy https://uquiz.com/H524X5?p=211269

I’m a “fic writer on hiatus due to Going Through It but has been going through it for quite some time”, which, honestly, isn’t that far off...

I’ve had the sudden realization that this is a place I can put polls about whatever the heck I want, which isn’t really something you can do elsewhere in the forums. Fair warning, I am going to abuse this feature.

Because this gives me somewhere to put it so I can reference it later, and somewhere for me to let other people see it, if anyone cares? So this'll just be random lines characters might say, facts about them, etc. in the comments. This stuff may or may not ever be mentioned in-RP, and will be for any of my characters who I think of trivia for. I'll be using the comments for this, but feel free to use them yourselves, if anyone wants to say something or has a suggestion or whatever!

Really, I was gonna put this in a status update and then I was like, “Wait, I have a blog.”

I, AonEne, am addicted to online written roleplaying.

That sounds like a joke. I know this. I myself have joked about this on occasion. “Everyone knows I can’t go a day without creating a roleplay...” “Well guys, I did it again...” But right now I am serious. Really serious, because this isn’t a good thing. The easiest way of explaining is for me to list the symptoms of addiction according to the website Very Well Mind.

First I’m going to quickly note that behavioral addictions, or addictions to a behavior rather than something that is commonly seen as addictive - such as a drug, or alcohol - are real. There is apparently some debate about this in the medical community, but most recognize them and they are listed in the DSM-5.

That applies to me. I spend too much of my time roleplaying, trying to get myself to write, agonizing over not being able to write, of coming off of the high from having written something (closely followed by more worry about how/when I’ll next write a post in that RP). I think about my characters a lot, even in conversations that have nothing to do with them, and sometimes struggle to focus on anything else (most notably IRL stuff).

This applies to me. I am...not going to go into that.

Much more mental than physical, but this applies to me. Any physical harm is from not getting enough sleep some nights. However, there is a negative mental impact.

This applies to me. I’ve tried multiple times to do less. To pull back. It’s hard.

This applies to me.

This applies to me (and does as well even when I’m not trying to stop). I’m not going to go into that either.

This applies to me.

There is still a possibility that this is not addiction, with the biggest piece of evidence for that side being that if I was addicted to it I might be doing it even more compulsively than I am, but the nature of writing and art in general and my depression could very well be counteracting the compulsions and anxiety. Regardless, it is something that I struggle with and that has caused me a lot of happiness...and a lot of pain.

I’m typing all of this out to help me organize my thoughts and to attempt to stop that last symptom. I need to admit that this is a problem for me and actively work harder than I have to break out of it. My hope in conveying this to you is that whoever reads this, especially if they interact with me often, can support me with this, and also as an explanation for why I’m going to hopefully be RPing less or why I might leave more RPs.

I am giving it my best shot and I am very sorry for any inconvenience me leaving something or slowing down might cause. Thank you to everyone who has already dealt with me being an emotional idiot late at night.

Deteca being able to Voidmake is a good way to see the core of her character development. Voidmaking is using the Void to just destroy stuff. It's not technically evil, but since hardly anyone can do it and those who can are DA, Deteca thinks of it as evil, like Hemalurgy (though that's not precisely evil either, and she somewhat knows that, but it's hard to get rid of prejudices). To me, the significance of her being able to use it is in the contrast. It's just another magic system, but it's one that my character sees as being wrong, and she sees herself as a good person, since her guild was basically founded to do good and be opposed to the Dark Alley.

What she needs to do is find the contrast, recognize that gray areas exist. OOC her development is a way of saying "Yes, we all have our own guilds, but loyalties aside, none of us are perfectly good or bad." Morality is a spectrum, and it's a very subjective one. This is also why I’m going to have her be a DA Denizen in Era 5; the symmetry of having her grow up in that guild rather than TUBA appeals to me. Neither are perfectly good or bad, but she has to figure that out.